Share a memory
Obituary & Services
Tribute Wall
Read more about the life story of Wynn and share your memory.

Canfield - Wynn Firth Hawkins, 84, of Canfield, formerly of New Waterford, passed away February 11, 2021 at is home.

Mr. Hawkins was born February 20, 1936 in East Palestine, OH, the son of Paul Marion and Eunice Adele Firth Hawkins.  He was a graduate of New Waterford High School where he was first team, all Ohio Basketball.  In 1958 he graduated from Baldwin Wallace University where he once was BW's all-time career-scoring leader and held BW's fieldhouse single-game scoring record and field goal records.  He was named to the Greater Cleveland Basketball All-Star Team and the 1956 American Press All-Ohio third-team.  From 1960 until 1963 he pitched for the Cleveland Indians and went to work for the Indians in the sales department, as a scout and as a traveling secretary.  He also was a guest columnist for the Plain Dealer in 1969 prior to a career with General Motors, Delphi Electric.

Wynn is survived by his three nephews, Jack Cobb of East Palestine, Stephen Rupert of Columbiana, and David P. Rupert of East Palestine; and a niece, Adele David of Struthers.  Besides his parents, he was preceded in death by a sister, Greta Lou Rupert.

Due to the Covid-19 situation, a Celebration of Wynn's Life will be held at a later date.  Contributions may be made to the Angels For Animals, Canfield.

Professional arrangements were made by the Warrick-Kummer-Rettig Funeral Home, Columbiana.  Family and friends may view this obituary, sign the online guest book and send condolences to the family at www.familycareservices.com. 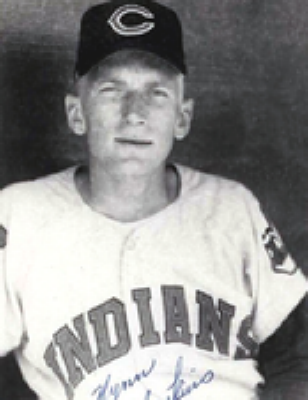 Family and friends are coming together online to create a special keepsake. Every memory left on the online obituary will be automatically included in the book.

You can still show your support by sending flowers directly to the family, or by planting a memorial tree in the memory of Wynn Firth Hawkins