Share a memory
Obituary & Services
Tribute Wall
Read more about the life story of Harvey and share your memory.

He was born on November 29, 1926, in Monessen, PA, son of the late Richard and Marjorie Carter Symons.

Harvey was a veteran of the United States Navy having served during WWII.  He had worked as a teacher for Columbiana Exempted Village School District, as well as the principal at the South Side Middle School, retiring in 1972.  Harvey was an active member of the Columbiana First Presbyterian Church where he had served as a trustee for many years.  He was active in his community and was a past member of the Rotary Club of Columbiana.  Together with his wife, Dorothy, the couple managed and maintained Harmony Village in Columbiana for ten years when it first opened its doors.  Harvey was known for being a “Handyman”.  He was a car enthusiast who enjoyed driving and showing his 1932 Chrysler convertible, and he also enjoyed camping and vacationing with his family.  As an educator, Harvey enjoyed taking educational trips and visiting historical sites.  He will be missed by all who had the pleasure of knowing him.

He was preceded in death by two brothers, Richard C. Symons, Jr., and Ernest "Ted" Symons.

Memorial services will be held at 11:00 a.m. on Saturday, at the church, with Pastor Fritz Nelson officiating.

In lieu of flowers, donations may be made in Harvey’s memory to the Columbiana First Presbyterian Church, 28 E Park Ave, Columbiana, OH 44408.

Arrangements have been entrusted to the Warrick-Kummer-Rettig Funeral Home, Columbiana.

Family and friends may view this obituary and send condolences at www.familycareservices.com 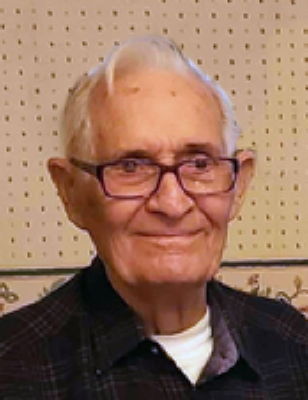