Share a memory
Obituary & Services
Tribute Wall
Read more about the life story of Christopher "Chris" and share your memory.

Cortland – Christopher W. Williams, age 47, of Cortland, lost his courageous battle with pancreatic cancer on Thursday, November 17, 2022, with his wife by his side.

He was born on December 19, 1974, in Warren, the son of Bruce and Bonnie Wilson Williams. He was an easy-going child with a contagious smile.  He was a daddy’s boy, and that attachment was there throughout his entire life, even having his dad as his best man in his wedding.

Chris, affectionately known to some as “Bumpy”, was a 1993 graduate of Lakeview High School.  He received his Bachelor of Science in Biology from Kent State University and his Masters in Instructional Technology from the University of Akron.  He joined the Theta Chi fraternity while at Kent and gained the love and respect of all his fraternity brothers.  As a younger man he worked in the family plumbing business as a journeyman plumber. At the time, he was the youngest person in Ohio to receive that license.  He was recently employed as the Director of Training, Learning and Development at Famous Supply in Akron where he loved his job and couldn’t say enough good things about the culture and his coworkers.

Chris had a passion for the outdoors.  He was an avid hunter and enjoyed teaching the skill to his niece Abigail.  He grew up around motorcycles and shared the love of riding with his dad and best friends, going on many trips to bike weeks and Hatfield-McCoy throughout the years.  He was the founder of the famous ScooterCross race, and founding member of Big Boys on Little Toys fun ride.  Friday nights Chris could be found playing cards and hanging out with friends and family, enjoying the many people that would stop by to see him.  His personality was magnetic, and one couldn’t help but love Chris. Even if he did find himself in an unfavorable situation, he could rely on his dimples to save him.   He had a quick wit, a wicked sense of humor, a calm and patient demeanor and an unwavering loyalty and love for his friends.  To be in Chris’s inner circle meant you knew what it was to be truly loved.

Cremation arrangements have been entrusted to the Woods-Rettig Funeral Home, Leetonia.  The family asks that friends consider planting a tree in Chris’s honor.

Friends and family may view this obituary and send condolences at www.familycareservices.com. 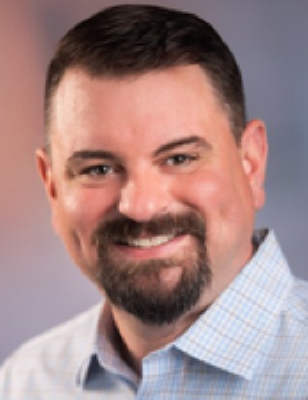